The pattern is design, and design is the subject of permaculture. (Mollison, 1988) Permaculture is a synthesis of varied disciplines. One might say it is the wardrobe in which all forms of human knowledge can be hung in relation to one another. It is largely the study and implementation of sustainable design as it relates to food growth and health… and a sustainable system, according to Bill Mollison, is system that creates more, or the same amount of energy than it uses. A "Mollisonite" is a follower of Bill Mollison, the "father" of permaculture. Amanda Gehin developed this body of work by working with principles of permaculture on a conceptual and aesthetic level. She was not working in the landscape at the time. It was a sort of incubation period, during which, she considered herself an "Aphysical Mollisonite".

Amanda Gehin inoculated kaleidoscopic images of her past paintings with principles of permaculture. Her visual system gave way to permaculture. The inverse also occured. The visual kaleidoscopic systems she previously created are flexible because they have tessellating nodes and can be superimposed. Principles that are subject to study in permaculture, for example, grafted root systems, edge harmonics, or Gangamma's mandala, dictate the arrangement and extraction of tessellated nodes from Amanda's past works. In a few pieces, she finds an interface between architectural systems and crenellated (wavy) garden systems (gardens that employ edge harmonics) and the richness of such a system is evident visually. She may or may not be improving upon permaculture design, but deliberately attempts to imbed the geometry of permaculture in the viewer's consciousness. There are many methods of industrial agriculture that have been proven to be inefficient. Planting food in straight lines, for example is inefficient way to propagate food because it does not capitalize on the edge harmonics principle, but it prevails as a western aesthetic preference. Moved grass lawns are also a preferred aesthetic of many, despite the fact that they require more energy and resources than agriculture in the western world. Pattern design is extremely integral to sustainable agriculture… Amanda has developed and collected personal, yet accessible iconography of permaculture and architectural patterns. These patterns could, in the future, instead be transcribed into a food forest or other permaculture system in a very real way. Another project will be to develop a tile system that properly sheds water on a building's exterior. She will someday use a modified version of the tile system for a tessellating and flexible garden division and path system that inherently uses principles of permaculture. The system will force a crenellated edge between plantings to maximize interface. Amanda plans on someday designing landscapes that employ permaculture principles. 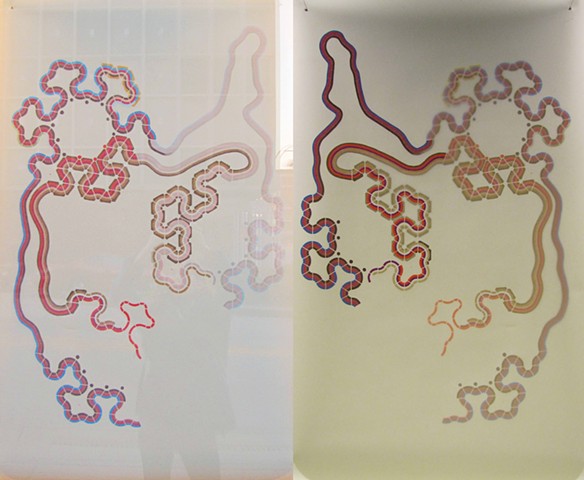 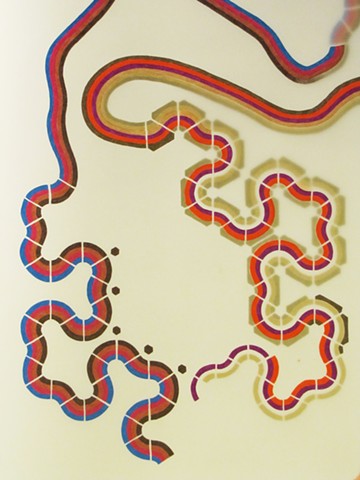 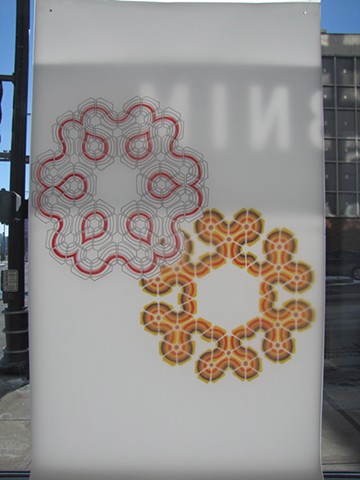 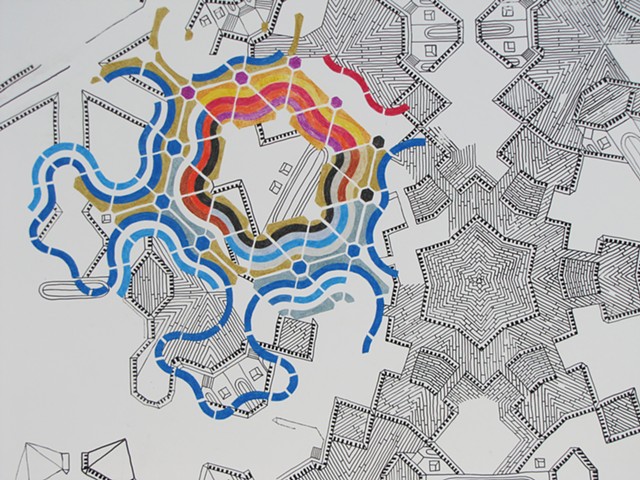 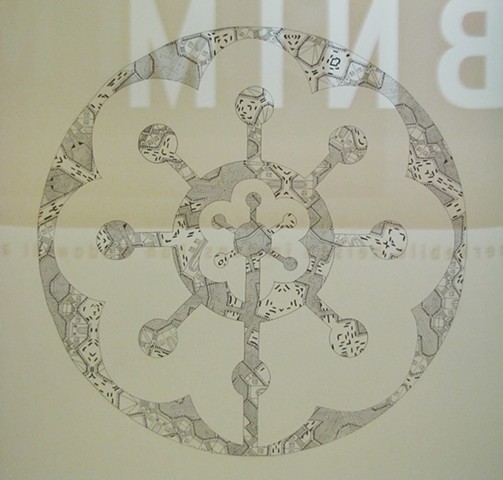 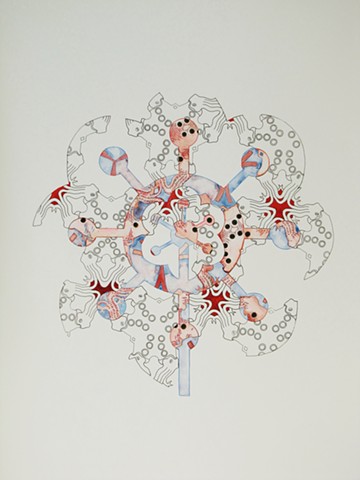